Spectral confocal measurement takes advantage of the characteristics of this physical phenomenon. By using special lenses, it can extend the focus halo range of different color light and form a special enlarged chromatic aberration. According to the distance between the measured object and the lens, it can focus the light of a precise wavelength on the measured object. By measuring the wavelength of the reflected light, the exact distance from the measured object to the lens can be obtained. In order to obtain the special chromatic aberration mentioned above, it is necessary to use some special lenses in the probe of the sensor to decompose the light according to the required range. Finally, a convex lens is used to gather the light emitted by the sensor probe on an axis to form the so-called focus axis.

White light passes through a half-lens to a convex lens. This is where the special chromatic aberration is generated. The light is reflected when it is irradiated on the object under test and returns to the semi-lens of the sensor probe through a convex lens. Semi-lens refracts reflected light onto a perforated cover, and the aperture allows only the best focused reflected light to pass through. The light passing through the perforated cover plate is a set of blurred spectra, that is to say, some light of different wavelengths may pass through the aperture to illuminate the CCD photosensitive matrix unit. However, only the reflected light focused on the object under test has enough intensity to produce an obvious peak on the CCD photosensitive matrix. Behind the perforated cover, a spectrometer is needed to measure the color information of reflected light. The spectrometer is similar to a special grating, which can enhance or weaken the refractive index according to the wavelength of the reflected light. Therefore, each position on the CCD matrix corresponds to the distance from the measuring object to the probe.

Tens of thousands of measuring points can be obtained in the whole range, where only the light wavelength is calculated to generate the measuring signal. The peak amplitude of the signal generated by the reflected light is not within the signal measurement basis, that is to say, the intensity of the reflected light will not affect the measurement results. This means that no matter how much reflected light is reflected from the object under test, the measured distance may be invariable, because the intensity of reflected light depends only on the degree of reflection of the object. The spectral confocal sensor manufactured by POMEAS has mastered these characteristics. Even if the object under test is a strong absorbent material, such as black rubber, or transparent material, such as glass, it can be measured normally and reliably. 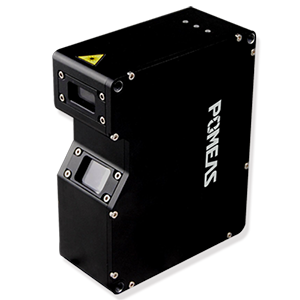 Laser Profile Sensor adopts the principle of laser triangular reflection to measure the size of any contour of an object, such as height difference, width, angle, radius, etc. It can also realize the… ... 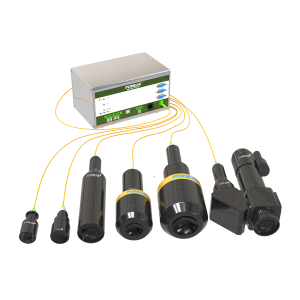