How to choose a visual light source?

How to judge the quality of a visual light source, what aspects of knowledge do we need to know?

Contrast is very important for machine vision. The most important task of illumination in machine vision applications is to maximize the contrast between features that need to be observed and image features that need to be neglected, thus facilitating the distinction of features. Contrast is defined as having enough gray difference between features and their surrounding areas. Good lighting should ensure that the features to be detected stand out from other backgrounds.

Robustness is a good adaptation to the environment. A good light source needs to have the same effect in practice as it does in the laboratory.

When choosing two light sources, the best choice is the brighter one. If the brightness of the light source is not enough, the aperture must be enlarged to reduce the depth of field.

Uniformity is an important technical parameter of light source. The light source with good uniformity makes the system work stably.

Maintainability mainly refers to the light source is easy to install and replace. 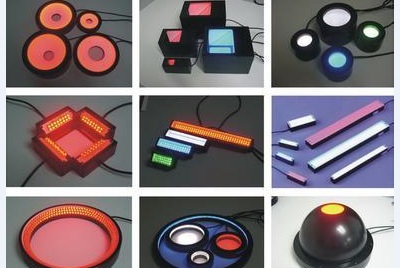 How to enhance image contrast by light source?

1. The illuminated part can be brightened by using the same color light or similar color light source.

2. The irradiated part can be darkened by using light of opposite color or light source of similar color.

1. In order to have a better contrast between the foreground and background, black-and-white cameras and color light sources should be considered.

2. The problem of ambient light, try to use monochrome light source, with a filter

5. Look at the shape of the surface, consider using dark field of view (low angle)

6. When testing plastics, try to use ultraviolet or infrared light.

7. It is necessary to see the features through the reflective surface and try to use low angle linear light source (dark field of view).

How to Choose the Angle of Light Source

Backlight illumination, the image effect is black and white distinct contour of the measured object, often used for size measurement;

Coaxial illumination, the image effect is a black feature on a bright background, which is used to detect plane objects with strong reflections. The diagrams of light sources from different angles are as follows:

How to Choose the Color of Light Source

Considering the color of the light source and the background, using the same color system as the object under test will make the image brighter (e.g. red light makes the red object brighter); using the opposite color system will make the image darker (e.g. red light makes the blue object darker). Common visual light sources are red (R), green (G), blue (B), white (W), ultraviolet (UV) and so on.

The longer the wavelength is, the stronger the penetration ability is.

The shorter the wavelength, the stronger the diffusion ability. Infrared has strong penetration ability and is suitable for detecting objects with poor transmittance, such as impurities in brown oral liquid.

Ultraviolet is sensitive to the subtle features of the surface, which is suitable for detecting areas where the contrast is not obvious, such as text detection on edible oil bottles.

How to Choose the Shape and Size of Light Source 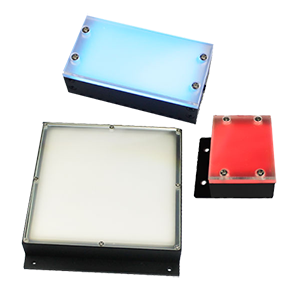 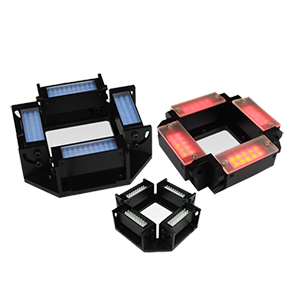 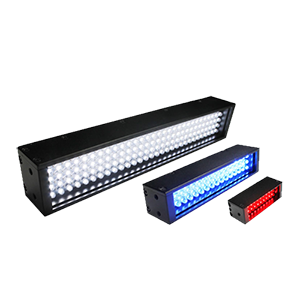 Strip light source. In order to adapt to a wider range of applications, the direction and irradiation angle can be adjusted freely, especially for large-scale imaging applications. ... 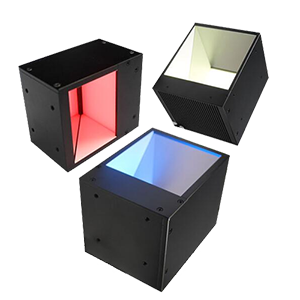 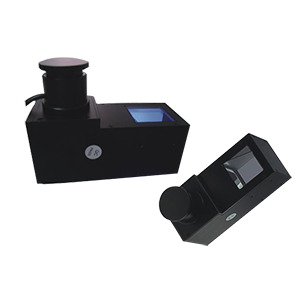 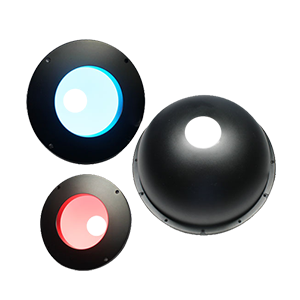 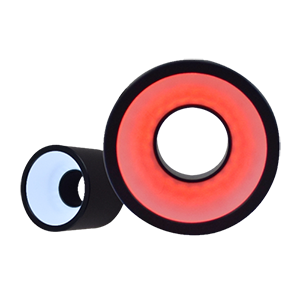 The circular shadowless light source adopts a unique illumination structure, which can form different illumination environment by adjusting the high and low angles. ... 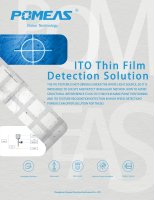