What is the imaging system of machine vision? 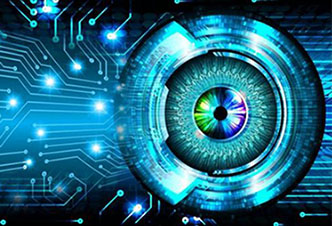 What are the instability factors of machine vision imaging system?

1. The Effect of Industrial Camera on Image Stability

For the visual system designer, the choice of industrial camera mainly considers the sensor type, resolution and frame rate. Among them, the sensor is divided into CCD and CMOS. CMOS image sensor has high integration, the distance between components and circuits is very close, the interference is serious, and the imaging noise is high. The CCD sensor camera is relative to CMOS camera. It has the characteristics of high sensitivity, low noise and fast response. In terms of stability, the impact resistance and vibration resistance of the CCD camera are also strong. Generally speaking, the image quality and stability of the CCD sensor camera are better than that of the CCD camera.

2. The influence of optical lens on image stability

In addition to selecting the appropriate focal length, depth of field and aperture parameters according to the specific working conditions, the important factor affecting the detection accuracy of the system is the geometric distortion error of the image. It is the inherent perspective distortion of the optical lens, which can not be eliminated due to the influence of the fabrication process, and can only be reduced by some means, although now. Many industrial cameras compensate for the errors caused by lens distortion by various methods, but in the field of high-precision detection, geometric distortion still affects the detection accuracy.

3. The influence of light source on imaging stability

Light source has the function of highlighting the characteristics and defects of image, which directly affects the quality of input data. Because there is no universal lighting equipment, lighting is also a difficult point in machine vision system. Usually, it is not only necessary to select the type of light source for each specific application instance, but also to install and light source according to the specific environment. The irradiation mode was tested to achieve the best imaging effect.  There are differences in the stability of different types of light sources. The non-uniformity of light sources will also affect the image quality. The difference of luminous intensity in different directions will also cause noise.

The stability of vision detection software also has an important influence on the results of machine vision detection. The vision system will eventually use the software on the computer to carry out a series of image processing such as image filtering, edge detection and edge extraction, and different image processing and analysis methods, as well as different detection methods and methods. The calculation formula will bring different errors, and the accuracy of measurement depends on the algorithm.

The working environment factors of visual system include environment temperature, illumination, power supply voltage, dust, humidity and electromagnetic interference. Good operating environment is the guarantee of normal operation of visual system. External illumination will affect the illumination of the object under test, increase the noise of image data output, and the change of power supply voltage will also lead to the instability of light source, resulting in noise varying with time. Temperature changes will also have an impact on the performance of the camera. When the camera leaves the factory, it will mark the temperature range of normal operation. Overheating or supercooling will affect the normal operation of the camera. Electromagnetic interference is an unavoidable interference factor in industrial testing field. It has a particularly serious impact on weak current circuits such as industrial camera circuit and data signal transmission circuit. Qualified visual products will undergo strict anti-interference test when they leave the factory, which greatly reduces the impact of external electromagnetic interference on hardware circuit.

In addition to the hardware of the imaging system, the relative position relationship between the camera and the object will also affect the stability of image quality. For example, if the mechanical support structure of the camera or workpiece vibrates, it will affect the detection accuracy, and this is also a difficult problem. In dynamic detection of workpiece, the effect of motion blur on image accuracy (blurred pixel = object motion velocity * camera exposure time) should be considered. The optical axis of the camera lens should be perpendicular to the plane where the part is located under the rational condition between the CCD camera and the part under test. However, in actual use, the optical axis can not be completely vertical to the plane under test due to installation error or camera, workpiece manufacturing error and other reasons, and there is a certain angle deviation, which will also affect the measurement accuracy.

The hardware selection of imaging system is particularly important. According to the analysis of CCD camera and CMOS camera, if there is no special requirement, such as higher camera speed (CMOS has faster readout speed), CCD sensor camera is the first choice to ensure image quality and stability, and the resolution and frame rate of camera are the main ones. According to the detection accuracy and detection speed, the appropriate resolution is determined by calculating the size of the field of view of the detected object and the distance between the camera and the measured object, and the frame rate of the camera is selected according to the requirements of the velocity and detection accuracy of the measured object. 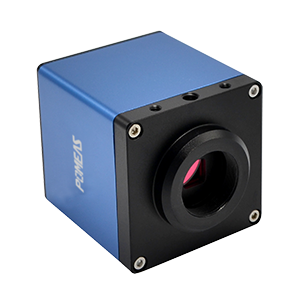 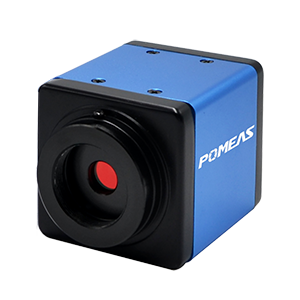